Maximum elasticity and flexibility
Perfect transmission, even with defects of axis alignment
Totally silent functioning both ways of rotation
Complete damping of run up and overloads
Easy and economic spare parts
Null entertainment 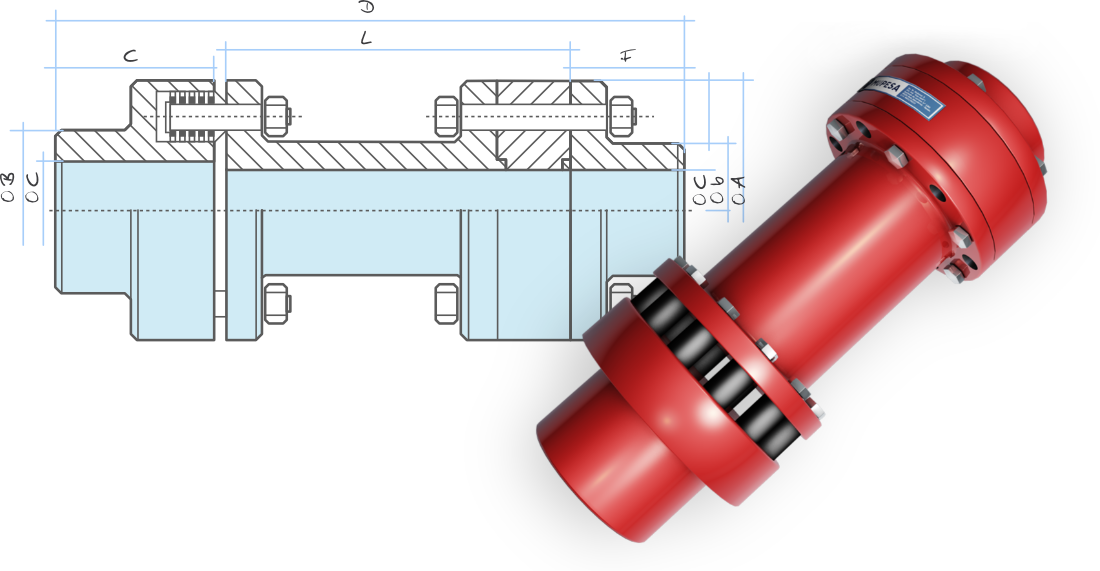 Shock-absorbent coupling flanges “ED” are used in engineering construction in general.
Its great torsional absorbency protects the engine against vibrations.
It buffs shocks as it absorbs vibrations within the coupling.
It has also great cross-sectional, longitudinal and angle absorbence, with makes it easier to align the elements to accouple, compensating angle and axial differences in the axis.All pieces of the “ED” series plate of union are mechanized in all its sides without any mass imbalance.

“ED” series MUPESA elastic coupling has two plates and a spacing, manufactured in GG-25 cast iron, carrying the spacing the distance bolts which are located in one of the coupling plates, bolts are steel made and set on synthetic rubber which provides elasticity and silent performance both rotation ways.

There are 8 types for maximum axis diameters of 32 mm to 90 mm depending on types of “ED” series MUPESA elastic coupling.